​Talk about Augmented Reality (AR) has exploded recently with the popularity of the Pokemon Go! mobile game. But what does that mean? Is this a new term? Does it have anything to do with mobile learning? First, check out this video from Common Craft (2010).
(Author's note: the data doesn't "magically" appear when you scan a restaurant. That's the work of the app, developed by a programmer intentionally).
​The video puts it simply for us. Augmented Reality is the real world we observe with our senses, augmented with a layer of digital data and/or images. .

As stated in the video above, a few key components are critical to creating an AR experience:

You may already be using AR. 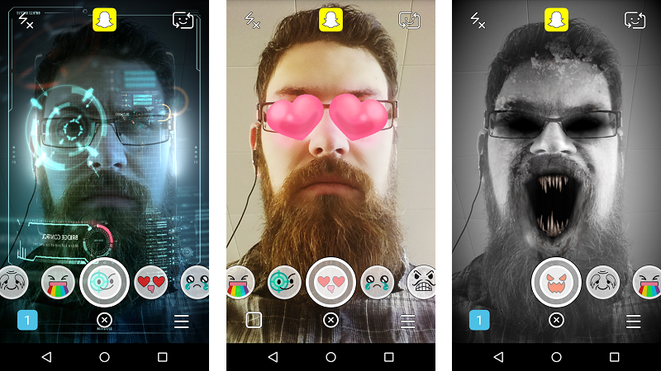 (Chris Martin of Tech Advisor demonstrates how to use Snapchat filters).
​Augmented Reality is more common than you might think. An infographic by Drew Lewis of Touchstone Research (2016) states that 30% of smartphone users are using AR apps at least once per week. If you’ve ever used a Snapchat filter, scanned an Ikea catalogue with your phone using their app, driven a car with a windshield speedometer display, or, yes, if you’ve played Pokemon Go!, you are already familiar with AR.

Isn't this just a different term for Virtual Reality?

These differences are summed up well by Wired's Peter Rubin:

Contributed by Jolene Fiarchuk
Powered by